This morning we headed up the road about five miles to Tumco Historic Town site. The  remains of an old gold mining town that basically shut down in 1914, there isn't much left of the town that once had a population of 500. 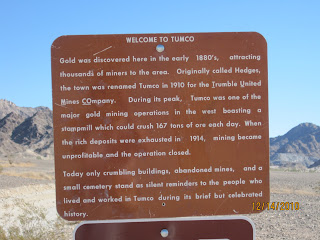 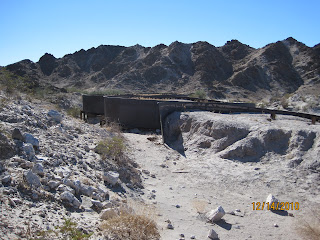 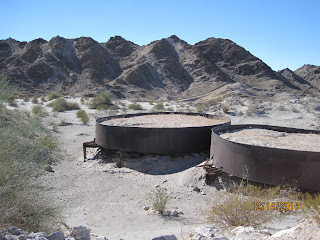 the cyanide was used to separate the gold from the ore. they were originally on stilts of huge timbers but the wood is gradually disintegrating and being covered with sand. 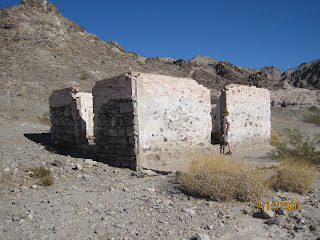 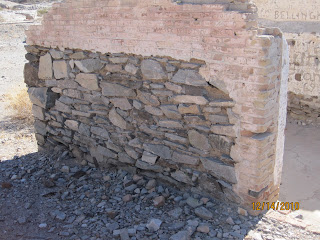 The remains of the hospital, amazing these walls have stood for over a hundred years. 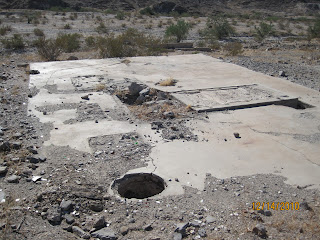 another foundation, I think maybe the stamp mill where the ore was crushed

I was thinking about my dad as we walked around the site, how he would have been so interested in
this old town, he was always interested  in mining, I guess it was in his blood, his grandmother was the sister of Noah Timmons who developed the Hollinger gold mine in Ontario. I remember a magazine called the Northern Miner coming monthly to the house. 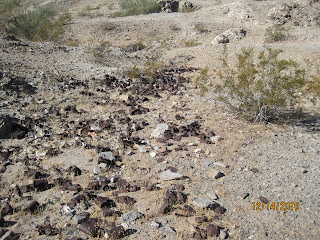 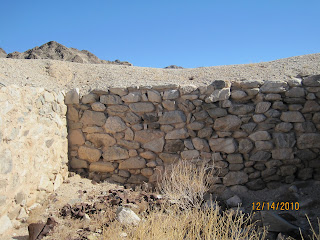 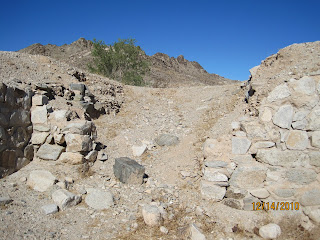 All that remains of the Miners Club is the cellar, it had pool tables, and of course a bar. It reminded me of the movie Paint Your Wagon, when Lee Marvin and Clint Eastwood, tunneled under the saloon, to get the gold dust the miners dropped when they paid for their drinks. Guess I should have brought a shovel. 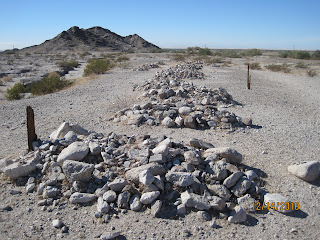 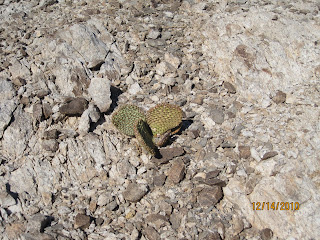 and a survivor, poor little cactus.

We spent the rest of the day sitting outside reading, enjoying the warm weather, tonight is the peak  of the Germinid Meteor Shower, so we will be outside again tonight, we have seen some beautiful meteors the last couple of nights.