Our Plans have changed again. 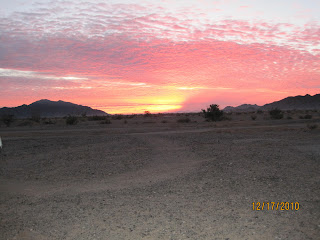 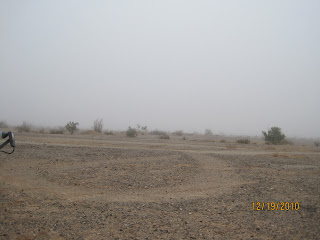 Fog a couple of days later,  I didn't expect fog in the desert.

I guess it doesn't pay to make plans, we should just take it one day at a time. Yesterday we had a visit from the ranger, seems we are not on private land, by about 30 ft. so we can only stay where we are another week,  we could move on to the private land, but we are ready to move on  any way. We thought about going to Imperial Dam which is about 30 miles away, so today we drove up to the camping area to check it out.  It is not for us, the spaces we could get into were pretty crowded, and there was no privacy at all, which is a big deal for us with the three dogs. There were other sites that were off by themselves but were not easy to get into. It was an interesting ride, past produce fields 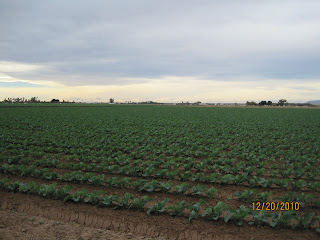 We stopped at a date farm and had our first date milkshake, it was really good. 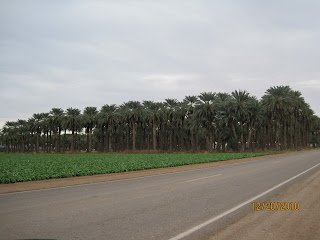 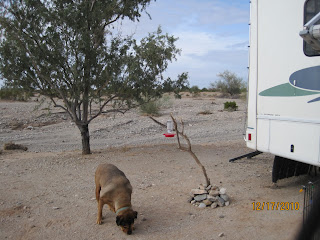 We have decided to drive to Ajo, which is south of Phoenix,it looks really pretty, in the pictures we have seen, lots of big cactus and some hiking in the area. We hope to leave early tomorrow morning.