Camping In The Driveway, And a Trip to Cowichan Bay

Last Thursday we took a day trip to Cowichan Bay which is about fifty miles south of us.  We have been wanting to go the Rock Cod Café for a while now,and figured it would be less crowded after Labour Day. 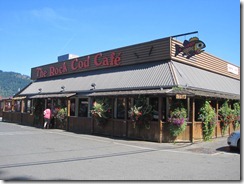 We had a really good lunch, I had Fish Tacos and Skip had Fish and Chips.After lunch we walked out on the dock to the  small museum. 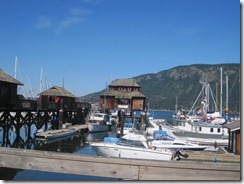 The Museum is housed in three separate buildings  on the dock.It is mainly devoted to the wooden  fishing boats used by the first settlers of  Cowichan Bay. 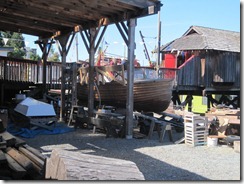 Growing up Skip spent quite a bit of time fishing Cowichan  Bay with his grandfather who had a barber shop. His grandfather went fishing every morning and never opened the barbershop until the afternoon.

From the wharf  we could see the house where his grandparents lived.It is the one with the two blue tarps on the roof next to the house with the red roof. 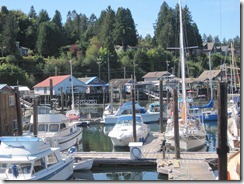 There are several houseboats in the marina, the yellow one is for sale. 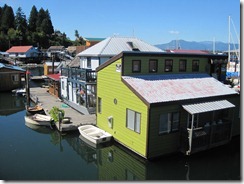 Last year we bought a new TV for the motorhome and Skip has taken the old TV out and remade the cabinet, with shelves and two doors.

Putting varathane on the shelf he made. 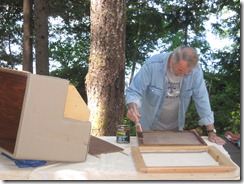 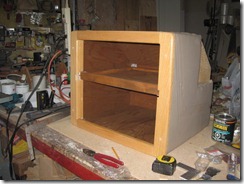 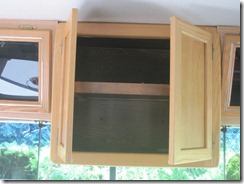 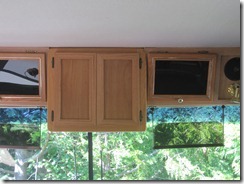 We have spent the last five days living in the motorhome, while we refinish our living room floor. We  put poly up to keep the dust out of the rest of the house. 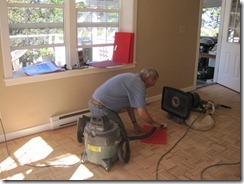 A couple of confused little dogs 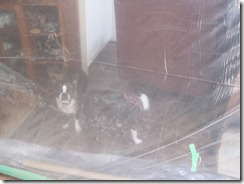 Hopefully we will be back in the house in a couple of days We have lots to do before we leave for the winter. FIVE WEEKS TODAY!