Last post we were about to leave Carson City on our way to Lone Pine,  we decide to take the dogs

for a quick walk, that's when we noticed  a large swelling under Jake's armpit and up on his shoulder.

Jake has a lot of lumps but nothing the size of this one. We were lucky enough to get an  appointment

with the Docs  Veterinary Hospital  in Carson City, the swelling was a lymphoma. The vet decided

to treat it with  antibiotics, in case he had  an infection. He's finished his two weeks of antibiotics,

some of the swelling has gone down, although he has  had some swelling of other lumps. He isn't in

pain and he is eating well most days. Jake is almost 12, which is pretty old for a big dog, so we keep

our fingers crossed  that he will stay mobile and pain free.


A day later  than planned we headed for Lone Pine, what a beautiful drive, the road , Highway 395

was good most of the way and the  traffic was light. We spent the first night boon docking just off 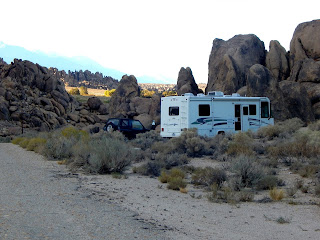 
The next day we moved to Tuttle Creek Campground for seven days.  The  mountains were

spectacular, the weather was good, other than one rainy day. 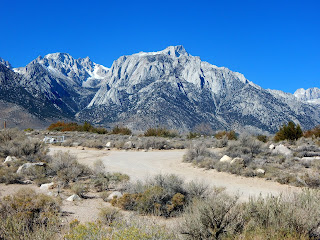 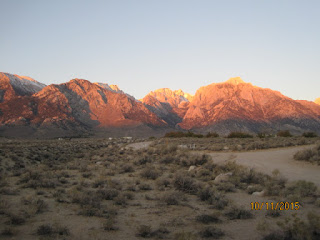 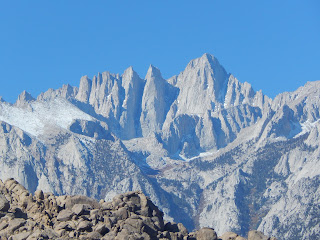 
Then Windows 10 crashed or something.  One morning I  turned on the computer clicked the start

button and   got a message about a critical failure that  windows 10 was repairing,  a few minutes

later another message came up that that the repair was almost  done then I could restart, so I waited

until it said it was 100% and restarted  the computer .... and got the same message about the repair,

waited again, restarted again got the same message.  Finally a message came saying that a reset was

The reset happened my personal files are there, but everything else is gone. Chrome , Picasso, I can't

upload pictures because it doesn't recognize my camera I guess. I haven't reinstalled Chrome because

I don't know what caused the crash in the first place.  Yikes!

from Internet Explorer, where I have to got to get my mail because Windows 10 doesn't support


Sorry this is so  long,    for once I had something to say.

Back on the Road

We are back on the road and heading to the south west for the winter again.


We left  the Island earlier than we  had originally planned,as usual we took the ferry to Anacortes Wa

where we had a short visit to with Skip's sister Pam,

We stopped in Eugene at one of our favorite overnight spots, 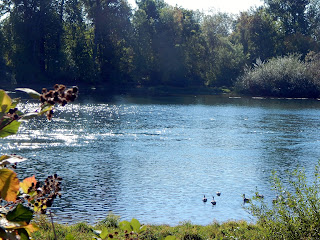 This time we spent two days and met our friend Marylou, who treated us to a lovely lunch  at a


We had planned to meet Denise (Sassy) and Tom and Diane, but our early departure messed that up.

stayed for two  nights,  Skull Hollow is a  forestry campground that  caters to tenters ( we were the

only RV there) Every site was full of mostly young people. Unfortunately  it rained hard and was

very cold on Saturday and Sunday we woke to dense fog. We had planned to stay around Bend until

Tom and Diane  arrived, but we couldn't find any suitable boon docking spots close by. We ended up

At Chickahominy Resevoir  on  highway 20  where we spent two nights. We loved it there it was so 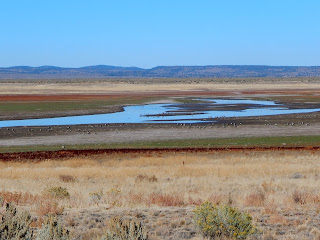 We had great neighbours . 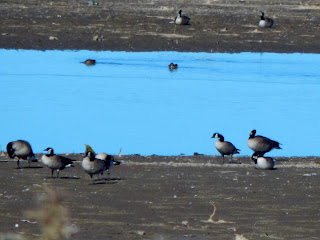 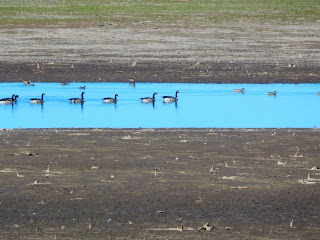 We will see Tom and Diane later down the road and Denise is on her way to Arizona, so we will see

her in a few weeks.


This morning we are in the Carson Nugget Casino parking lot, which is not great, but the Casino was

really good to us.


Today we are heading down Highway 395 to Bishop and on to Lone Pine.....an area we have

been wanting to visit for a number of years.