A Hike to Superstition Mountain and A Change of Plans

This morning we set out to do a short hike up Superstition Mountain, we walked up Siphon Draw Trail as far as Prospector’s View Trail, then down to Jacob’s Crosscut Trail and back to Syphon Draw. We are guessing about three to four miles total, not so far if it wasn’t a thousand  degrees out. 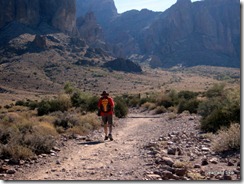 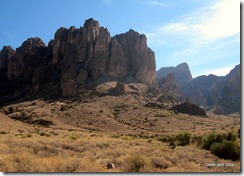 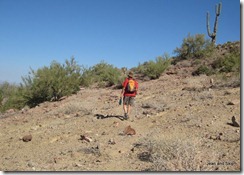 Looking back at Lost Dutchman  x marks the spot where our rv  is parked. 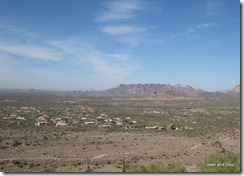 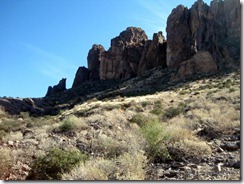 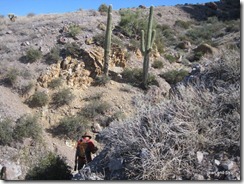 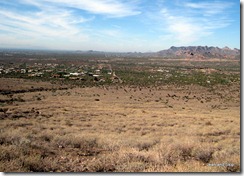 When we got back to the motorhome and went inside this is what we found. 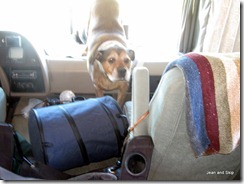 The laundry hamper and the folding chairs were supposed to keep him off the dashboard, obviously it didn’t work, but he couldn’t get back down.

We are leaving in the morning, we had intended going to Bisbee and maybe Tombstone, but sometimes  with three dogs it is a problem finding a suitable spot to stay. Ivan had suggested White water Draw, which would have been fine except there was no services and no shade so we couldn’t leave them for three or four hrs. Al and Kelly had a few suggestions and gave us the website of a nice RV Park. The website said there was a two dog limit and they didn’t allow some breeds. When I emailed they said they would waive the two dog limit for $10.00 but they didn’t allow Rottweilers, Jake isn’t a pure bred, but it is obvious he is part Rotti and his size intimidates a lot of people,

And so we won’t be going to Bisbee this trip, maybe next year we can plan a bit and come this way when it’s cooler.  So tomorrow we are off to Tucson and after that is under discussion.