A Trip to Montezuma's Castle and Well

The weather here in Cottonwood has been, really warm. We have to run  any errands and  visit any sites in the morning,as it is too hot to shut the dogs in the motorhome in the afternoon. Yesterday we took them into  Cottonwood, and all three of them had their nails clipped, even Jake.We have had difficulty  finding a groomer willing to do his nails, he doesn’t like having them cut and because of his size he is difficult to hold. Carla, at Carla’s pet grooming had no problem, she did a good job with all three. At five dollars each it is a bargain.even with a tip.

Today we drove to Montezuma’s Castle which is the ruins  of cliff dwellings built by the Southern Sinagua, a prehistoric culture. The Sinagua built the large pueblos  about 1100  and lived in them until the 1400s when they for unknown reasons abandoned them. 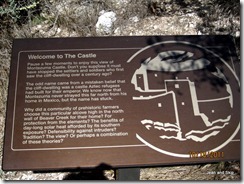 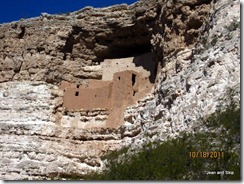 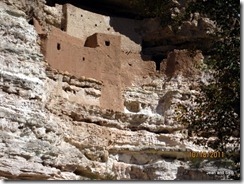 The castle had twenty rooms and five stories

The beams for the building were made  from the Arizona Sycamore Tree, which is a huge tree with  distinctive mottled trunk. 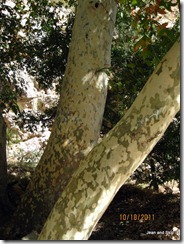 There is another dwelling near by which is called Castle A, it had six stories and 45 rooms,there is very little left of this dwelling. 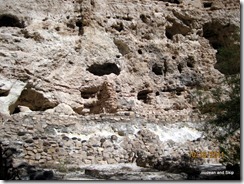 We then drove to Montezuma’s Well which is about six miles away. The Well is actually a limestone sink, formed by the collapse of a limestone cavern. It is fed by a warm spring. 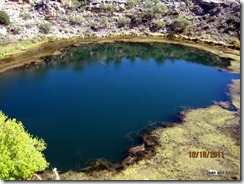 There is a Swallet which is the outlet  of the well. 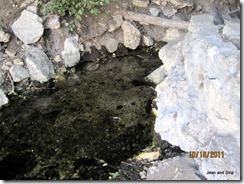 It goes underground and comes out 150 feet later. 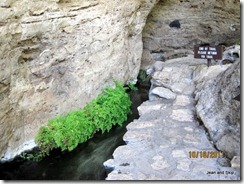 The Sinagua farmers irrigated their fields with this water, and built irrigation ditches that can still be seen. 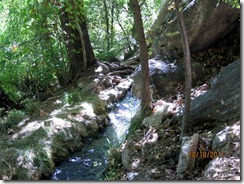 The remains of a big pueblo on the top of the well. 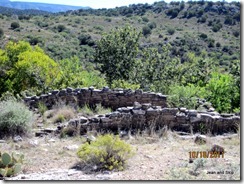 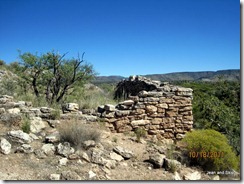 It was a very interesting  morning and we enjoyed touring both of these  National Monuments, the ingenuity and hard work of the Sinagua  people.

We think we will stay here in Cottonwood, for a few more days, there are lots of things to see within a few miles .