A Trip to Jerome AZ

Yesterday we left early in the morning and headed for the town of Jerome  Jerome was a mining town built on the side of a mountain, once a thriving town by 1939 it was the third largest city in Arizona After the mines closed in the early 1950s the population dwindled to 50 residents. In the 1960’s the town was discovered by the hippies who established an art colony.Today it is a tourist town with art galleries, restaurants and interesting shops.

We wanted to go to Jerome State Park to see the mansion, built by James Douglas, that is now the headquarters of the park. The park wasn’t open for some unknown reason, but we were able to see some of the artifacts from the mine. 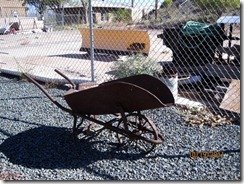 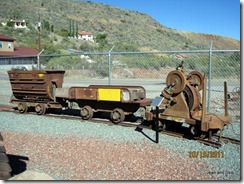 The top of the mine shaft was glassed over 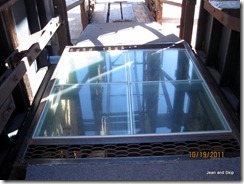 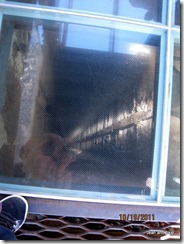 the  cage that took the miners down shaft 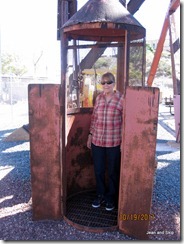 The Little Daisy Hotel was  built to house the miners, it is now a private residence 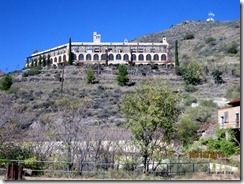 The Grand Hotel was once an insane asylum 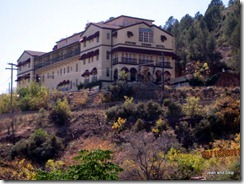 Because Jerome is on the side of a mountain there are staircases between the streets. 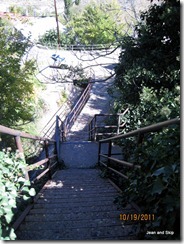 the House of Joy was a brothel, then an award winning restaurant,now a shop. 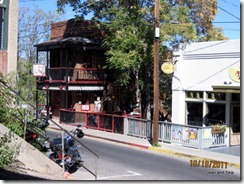 One of the really neat shops was called Nellie Blys it was filled with beautiful expensive  kaleidoscopes. The lady working there showed me how to take pictures of the beautiful designs. 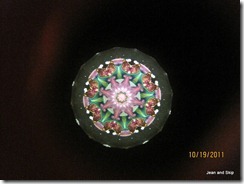 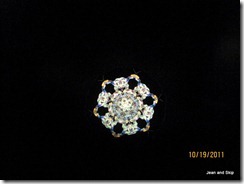 We really enjoyed wandering around Jerome, looking at all the old buildings, I liked this store. 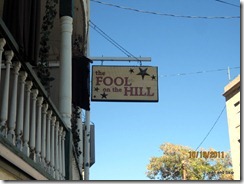 If we get a chance we will go back again before we leave this area, we would like to see the State Park.