We are new to geocaching, but in the short time  we have owned a a handheld GPS we have discovered a couple of things, it is really good exercise, and a good way to explore new areas both at home and when we are travelling.

For the past three years we have been spending  a few weeks near Ajo AZ, . We camp at a site  on Darby Wells Rd about five miles south of Ajo.

We have noticed a historical monument just off the Ajo  Highway, because the monument isn’t accessible  from the highway we have never stopped to see what it was for. 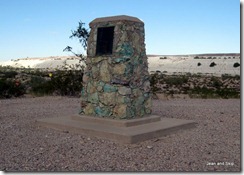 Until today while searching for a cache we discovered that the monument marked the place where the Clarkston Cemetery was and named the people who had been buried and then had their bones moved to  the Ajo Cemetery.

Another cache took us into Ajo, past the old Hospital to the very top of the town, we saw views of Ajo that were new to us and realized how much more there is to this little town. 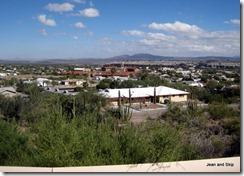 I think the orangey colored buildings are being built for the Border Patrol officers. 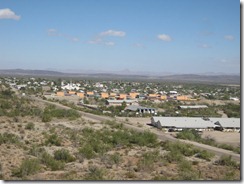 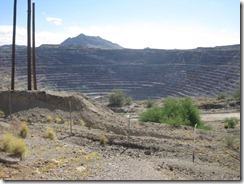 The good news is the Dairy Queen was open today.

Another cache we found today was well hidden, 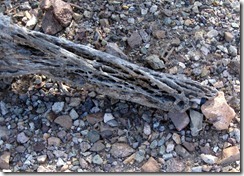