We  have spent a couple of days exploring Ajo, and the surrounding desert. Saturday we went in search of two caches, the first took us to the desert west of Ajo. 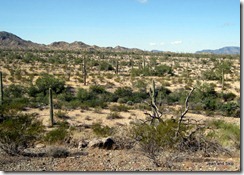 We had to park the car and walk about one half mile. 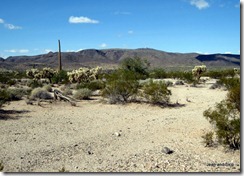 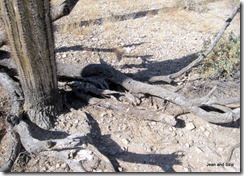 Drove through the desert to the next cache, we really don’t want to get lost in the desert, so as well as the GPS,we take pictures just in case. 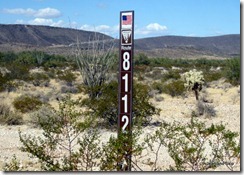 On the way we saw evidence of  an old settlement ? or garbage dump. 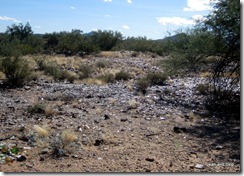 It was all glass and tin cans, for about one quarter mile.

The cache was under the tree. 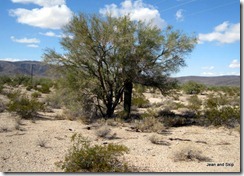 Toda we checked out two campgrounds, the first at  the roping arena, 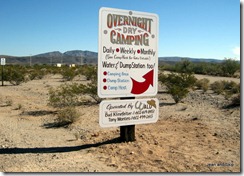 It appears to be dispersed camping, we didn’t see  anyone there but I read somewhere that it is three dollars a night.

The other camping spot was on Cole Rd at the Denison Park  picnic area of the Ajo Regional Park, this one is free. 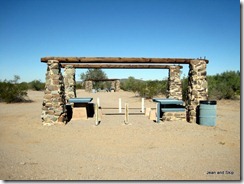 We also  saw the Airport 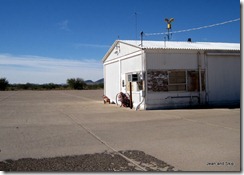 And the Golf Course or Country Club 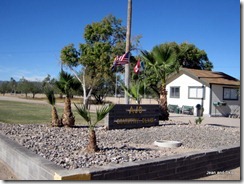 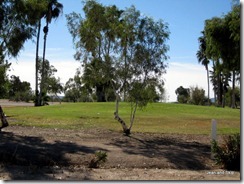 And then we headed to the Museum…but on the way look at what we saw. 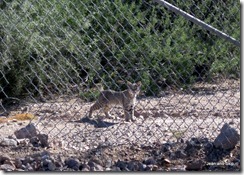 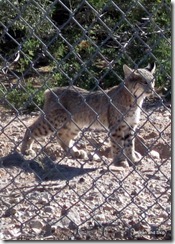 There were two crossing the road by the tennis courts, they climbed the fence and disappeared into the bush, we stopped and one came back out by the fence.

I had to lighten this one,he started to climb the fence but a truck came and scared 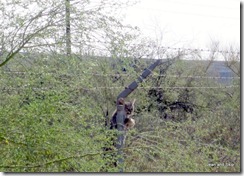 him or her off. 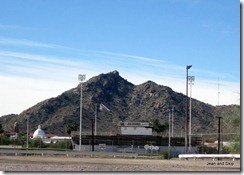 And Then  we went to the Museum  and  had a very informative man show us around and tell us about the mine and the history of the town of Ajo. 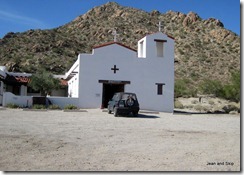 Tomorrow we move on. We have enjoyed our time exploring Ajo