Doing a Lot of Nothing.

And we are getting real good at it, we are still at Ogilbe Rd. We drove to El Centro one day and we have made a couple of trips into Yuma, once to the Park and Swap and another day we went to the indoor market, mainly  to buy books.

A few days before we left Borrego, we drove to Temecula a good sized city about an hours drive away. It’s a nice to  drive through the mountains, and see the green fields of Warner Valley.

After we got groceries, we headed to a hobby shop, where Skip bought a remote control plane. He was actually planning on buying a small helicopter, but was told that a plane was easier to learn to fly.

This is what he bought. A SuperflyX 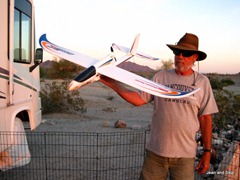 It’s been quite a learning experience, he had never flown a plane before, the first time he flew it went up quite high and  flew  for a  few minutes before it went straight down and crashed hard enough break the nose cone. He has had several more crashes and is getting good at repairs. One of our neighbors was flying his plane and was nice enough to give Skip some pointers, he it did get it to fly several times today but it has crash landed every time. 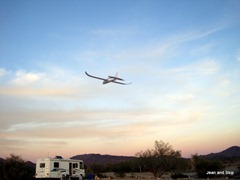 The Superfly isn’t the only plane in the sky. We usually take the dogs for a walk around four o’clock and almost every time there are either helicopters or planes doing some training. I keep trying to get a good picture, but they are moving so fast.

I don’t know what kind of planes and helicopters these are. 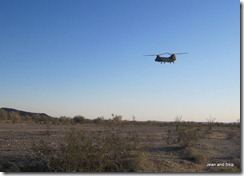 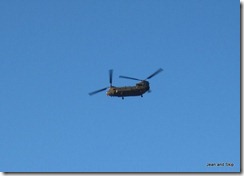 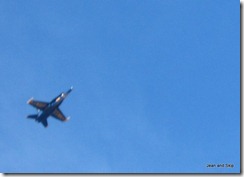 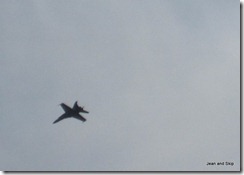 I think we will be staying here until after the weekend, there is a car show on Saturday, and we want to make another trip across the border, before we move on. 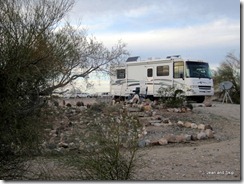 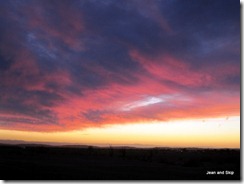