We woke up to a cloudy windy day, so we decided to  go to Goblin State Park for the afternoon. We  ended up going for a six or seven mile hike.

The unusual stone shapes in Goblin Valley result from the weathering of Entrada Sandstone. The Entrada consists of debris eroded from former highlands and redeposited on a former tidal flat of alternating layers of sandstone, siltstone and shale. The rocks show evidence of being near the margins of an ancient sea with the ebb and flow of tides, tidal channels that directed currents back to the sea and coastal sand dunes.

Joint or fracture patterns within the Entrada sandstone beds created initial zones of weakness. The unweathered joints intersected to form sharp edges and corners with greater surface-area-to-volume ratios than the faces. As a result, the edges weathered more quickly, producing the spherical-shaped 'goblins'.

The Entrada Sandstone from which the hoodoos developed was deposited in the Jurassic Period around 170 million years ago. 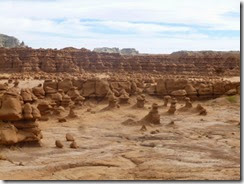 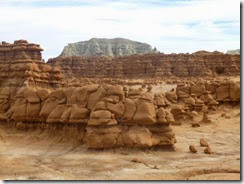 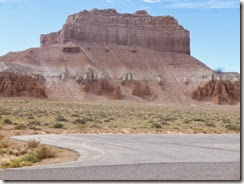 We paid our $8.00 for a day pass, and drove up to the view point, where the trails began and where you could see lot’s of Goblins. We decided we would hike the short trail to Goblins Lair.

The beginning of the trail down 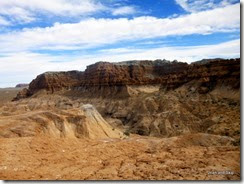 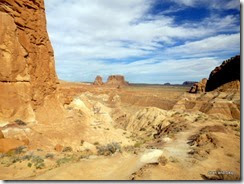 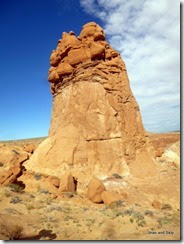 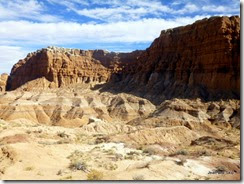 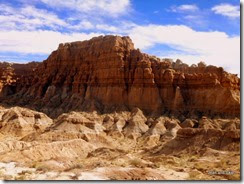 Most of the trail wasn’t very well marked, there were a few cairns to follow as we went farther down the trail to the bottom of the gorge. 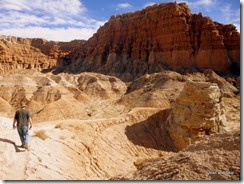 It was very hot by the time we were walking on the flat valley floor. We 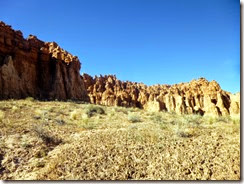 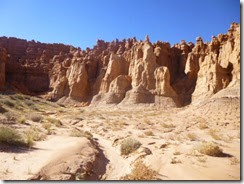 There was no sign so we continued across the valley there was barely a path but there were magnificent cliffs with spires and goblins. 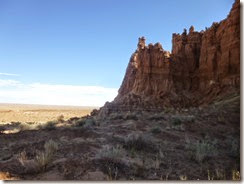 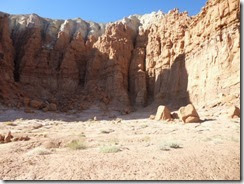 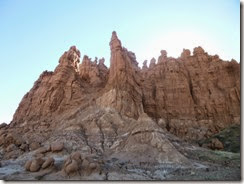 After a couple of hours, we turned and headed back  to the viewpoint. By the time we made our way back across the valleys and climbed back up to the trail head and the car, we were hot and tired,  so we decided we would  come back another day and see the rest of the park

Our Verizon signal  is really, really, slow most times we have a 1X signal showing sometimes 3G for  a few minutes. Too  slow for pictures to load.

BUT we are loving this area and will come back.