It’s All In My Head.

Like a lot of other RVers  I have my own version of the “Crud”, so far it is just from the neck up, sore throat, ear ache, and a head ache. That is enough.

We are still in California on BLM land not far from the Arizona border, other than a few trips into Yuma, for groceries and to the Laundromat  we have been staying pretty close to our site.

I was walking  three to four miles by myself and then another mile  with the dogs later in the day. Yesterday I could only do two miles and today I just walked  with the dogs, hopefully tomorrow I will do better.

Some pictures from our desert walks. 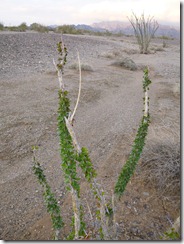 My favorite picture of Jake 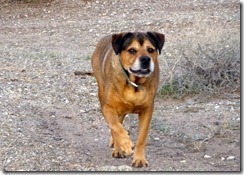 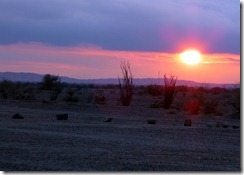 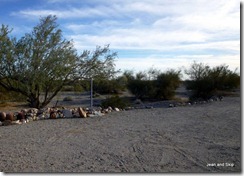 Skip rode his bike by the property  on American Girl Mine Rd, where they put in a well, the fellow said they went down 450 ft. H e told him the water was for a mine that was starting in the hills, He said they were taking rock out. 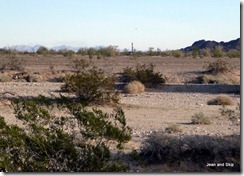 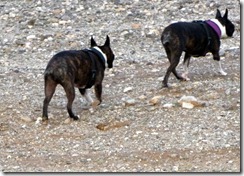