Last Wednesday we travelled the twenty miles from Quartzsite to Blythe, where we bought  groceries, then headed down Highway 10 to Wiley Wells Road.The  road is paved for the first three miles until it reached the state prison. 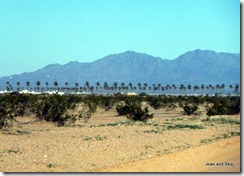 After that it was washboard for ten miles.  It took an hour to reach  the BLM camping area. Six miles down the road passed Wiley Wells LTVA,  Coon Hollow LTVA  is nine miles from the prison and one mile from the free 14 day BLM.

The signs say Wilderness and it certainly was desolate. No cell phone, no internet, no people. 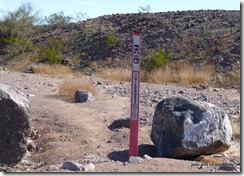 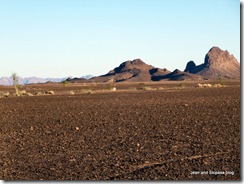 There were no RVs  when we arrived, but later a fifth wheel with Ontario plates parked about a half mile away.

The Hauser Geode Bed was six miles  from where we camped. 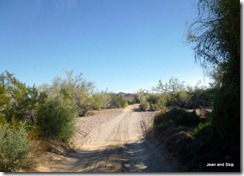 Not the prettiest desert 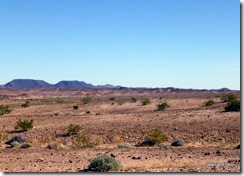 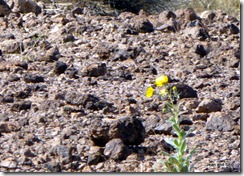 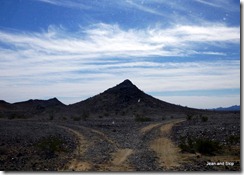 Because we are complete novices at rock hounding we just looked for spots where other people had been digging. 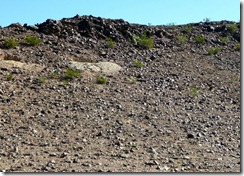 We had a small pick, a hand trowel, a shovel and one ice cream bucket. 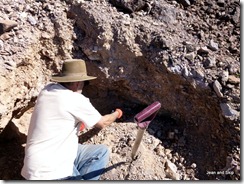 And a great view. 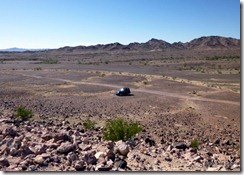 We did find some Geodes they are not spectacular, but we like them  and we had so much fun. 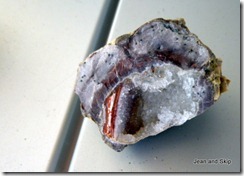 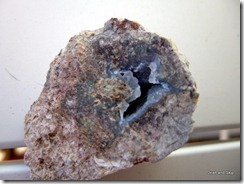 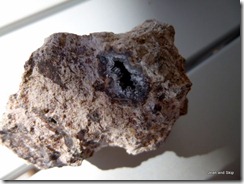 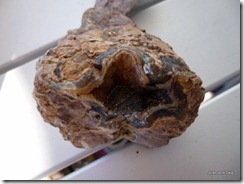 We are at  Holtville BLM for a few days, we have about three weeks before we start heading north, not sure what we will go from here.